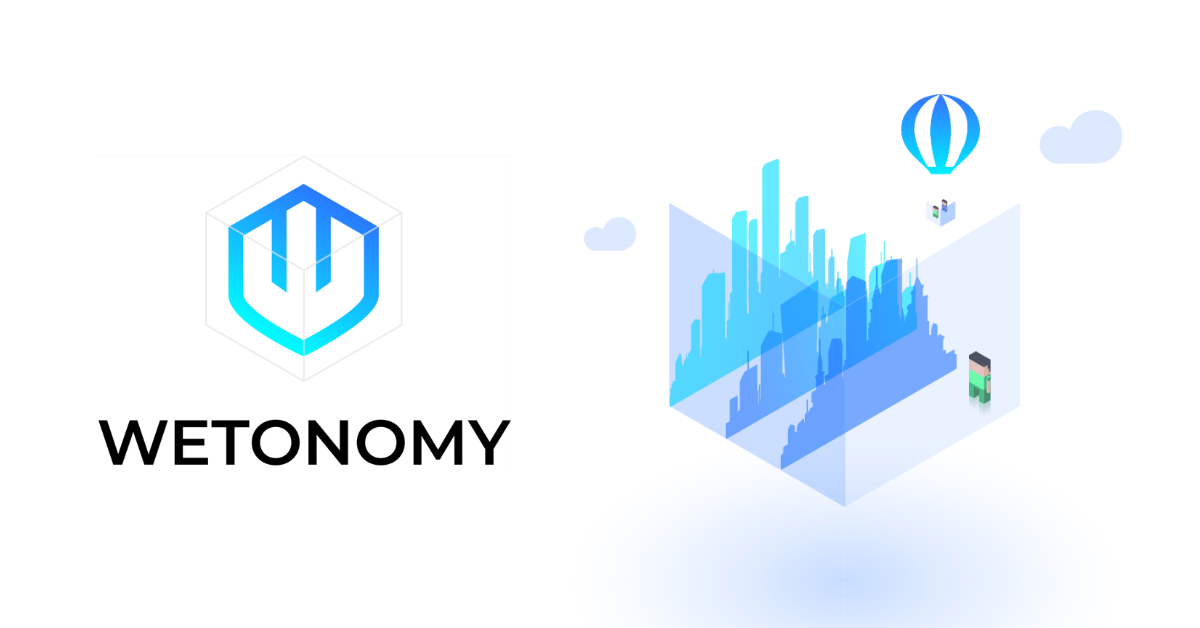 What you missed in part 1:

We discussed why the idea of decentralization and DAOs took root in our collective imagination and belief system. We discussed the basic pillars of a DAO and what projects are currently out there, trying to encourage their emergence. In case you’ve missed it, you can read the full article here.

We also scratched the surface of our own DAO project – Wetonomy. We described it as an opinionated set of applications and templates built on top of Aragon that streamlines the creation and management of your own DAO. Wetonomy’s toolkit will be entirely open-source and will allow teams, companies, and organizations to collaborate, share profits, finance ideas and award contributions (both internal and external).

In this article, we are going to explore Wetonomy’s toolkit and how you can apply it to your business. We also share what you can expect as next steps of Wetonomy’s development in the following months.

Decentralizing a business makes it fragile. Or does it?

When you start working for a company (or in the case of millennials – for a cause) you are given a choice. It comes in the form of a paper contract. Usually, it can be summarized in a few words: “Let’s build something together. You will give me your best effort and I will transfer a fixed amount to your bank account once per month. Oh, and by the way – everything you build, it belongs to me!” 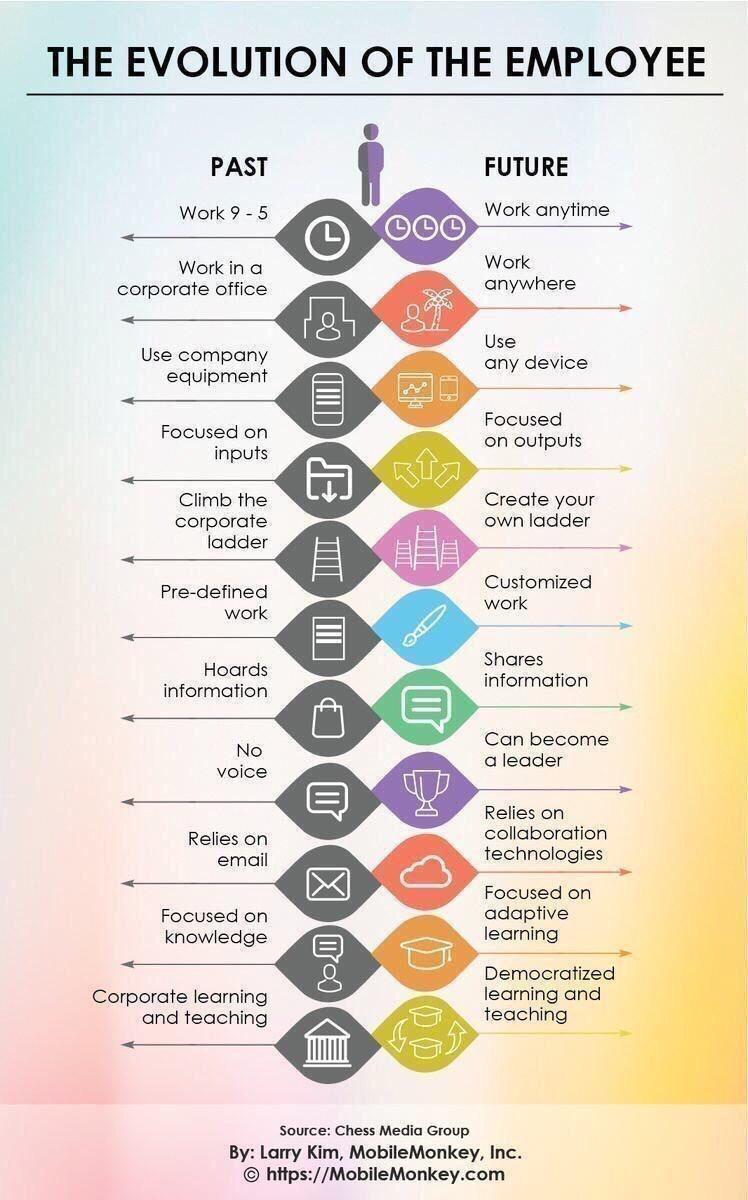 These days we are slowly coming to the realization that this deal is neither incentive driven nor optimal for either side. If anything, just the opposite. See, it is just a concept we’ve inherited, took for granted and stuck with it. And for those holding the upper hand, this deal used to work. It centralizes decision making, profits and ultimately control.

But as we saw time and time again over the past few years, the centralization of power in strict hierarchical structures is detrimental to the success of businesses and organizations in general.

This centralized concept simply does not work anymore. With the advancement of technology and the freedom of information, entrepreneurial people began to evolve their expectations of where they should fit in an organization. They are no longer satisfied with selling 1/3 of their life and not having a say.

Actually keeping the control of an organization in the hands of few will be more damaging in the long-term than decentralizing at least parts of them. So for us, it is a no-brainer:

To have committed problem owners in an organization they should be included in the decision making and have a share of the rewards;
To have people engaged with a long-term goal they should be properly incentivized. Incentives must be objective, fair and transparent to actually have the desired effect;
Ensuring democratic governance is a must. That is without dragging decision making to a halt or corrupting it altogether.
It is just a matter of applying technology at key points in order to crack the problem of how to achieve that.

So we developed Wetonomy where we provide elegant solutions to the above. How do we know that? We have actually been using and improving the proposed solutions within our own DAO (Comrade Cooperative). But more on that a bit later. Let’s begin with the framework we’ve developed to tackle the above and some of the basic premises Wetonomy is founded upon.

Premise: Having “skin in the game” means you care for the end result

So let’s say you want to join an organization working on a project you like. Let’s also say that for every task you complete, the organization rewards you with a certain amount of tokens. Each token you hold represents a future value of 1 euro promised by the organization to you. All tokens you accumulate over time are accounted for on the blockchain. No one in the organization has control over what you’ve earned. Once a revenue source comes in all debt is repaid automatically to the contributors’ wallets via rules locked in smart contracts. This mechanism allows people to collectively work in an enterprise without relying on trust or heavy bureaucracy. Furthermore, they will all benefit from its future success based on the value of their actual contribution.

Also, issuing new tokens to reward new contribution is not decided by a person. It follows predefined rules which are also locked in smart contracts. These guarantees that everyone’s reward is fair compared to the others’. In case there is a contribution other than man-hours of work, say an investment, there might also be different token classes for that. They, in turn, might follow different rules for distribution and reimbursement.

We call this token reward concept High-Risk Automated Debt. This new way of defining collaboration is in the heart of Wetonomy. It is the basis we use to enable further decentralization in an organization. We are adding high-risk in the name to emphasize that it’s not an actual debt, but more a measure of how much you are going to receive as a payment from the organization, in an automated manner.

Wetonomy further proposes a mechanism which allows a fair and transparent remuneration for all the contributors. The mechanism is based on peer-to-peer rewards, reputation level within an organization and token rewards for completed task bounties.

While this system is best suited to enable DAOs it can also be applied as a bonus system in a company or as a tool to account for an actual debt that is conducted in legal terms between parties. We will cover these cases in more details below.

Premise: (shared) ownership of a problem is key to a successful (decentralized) enterprise

Here is what we propose. An automatic mechanism issues new “token reward allowance” amount based on produced units of work (i.e. manhours) within the organization. This amount is then distributed among the team members in proportion to their past contributions. These are not tokens yet, but an allowance to reward tokens.

The members can use their rewarded token allowance to crowdfund task bounties within a Wetonomy. Also, they can choose to reward with tokens peers for their achievements. To incentivize active participation, in case the reward allowance is not used actively, it starts burning, thus lowering the power of inactive members. Certain constraints also apply to prevent edge cases like someone rewarding only one person or task and no one else.

This method of secure debt issuing with automated return on that debt also opens the door for some exciting fundraising methods. We see them as a strong alternative to the traditional equity investment without its downsides. Again, this is something we validated as part of our fundraising within the Comrade Cooperative.

With Wetonomy investors can give standard loans to an organization which can be accounted for on the blockchain using the previously described debt tokens. This means that each token will be automatically bought back on a fixed price, triggered when the financed organization turns profitable and certain percentage from the profit goes through the buy-back pipeline.

In the case of a startup, this would mean that a team could acquire funding and still remain agile, not overburdened by complicated cap tables. We see this type of fundraising as putting more emphasis on realizing projects, allowing them to hit the ground running, rather than on who has control and marrying into corporate relationships even before a project reaches product to market fit.

Premise: salary is not an adequate measurement of contribution nor does it incentivize long-term engagement

Wetonomy can be also applied as an add-on to already established and running, classical companies, even without going through any major refactorings of their structure. In practice, Wetonomy can be used as a blockchain based employee engagement and bonus system. A company could set aside a budget for awarding team’s contribution or allow peer-to-peer rewards. The criteria might be productivity and completed tasks, but people can also award tokens to their peers for providing assistance.

Another implementation would be to open up the decision making of a company, effectively making every person responsible for the mutual well-being i.e. sharing problem ownership. For example, a set of budgets or tasks could be opened within the company’s Wetonomy. Their importance and cost could be determined entirely by a team who allocates their token allowance to the budget they deem of top priority. Some rules can be applied for such allocations. Like, a person can not give away more than 20% of their tokens to a single task, which encourages a more distributed approach.

Another option would be to integrate a DAO as a part of an existing company. For example, the owners might decide that 30% of the profits would be distributed via the DAO, effectively using it as a reward system for the company’s employees. The participants in it would work out a consensus for a fair contribution-based bounty system and everything would work in an automated manner. This is a safe and simple model, an adapter between the old and the new world.

Within the rules of a Wetonomy an hour of work has a fixed cost and when a person’s monthly tracked hours are approved (whether by their colleagues in the organization or a designated manager), they are remunerated for the work they’ve done. The system might have regulations here, too. It might be that a person can not track more than 160 hours a month.

The cooperative entities are literally decentralized autonomous organizations in legal terms. It’s based on democracy and doesn’t rely on specific people, hence the organization keeps running not depending on the people coming and going. Currently, 17% of Europe’s population is part of some sort of cooperatives, with all these organization collective revenues reaching more than $1 trln. For comparison, the total GDP in the EU surpasses $17 trln. In the US, it is estimated that cooperative businesses employ more than 2 mln people and generate over $650 bn in revenue.

Wetonomy is most naturally applied in cooperatives which seek to be even more decentralized and autonomous, by applying a blockchain governance model. As a cooperative we use Wetonomy for our own governance and incentivization backbone, thus serving as early adopters of our system. Even in the first stages of adopting Wetonomy we started to feel the benefits of the unparalleled transparency it enables. Everyone in the organization can see the exact contribution of each member, which project and task they are currently focusing their efforts on and with how much those efforts are rewarded. From a management point of view, it gives an immediate look into spending burn rates and how they correlate to long-term goals. We’ve also implemented rewarding contributions entirely with a mix of cryptocurrency and Comrade tokens.

So as we move forward, don’t be the last to get the latest updates from us.