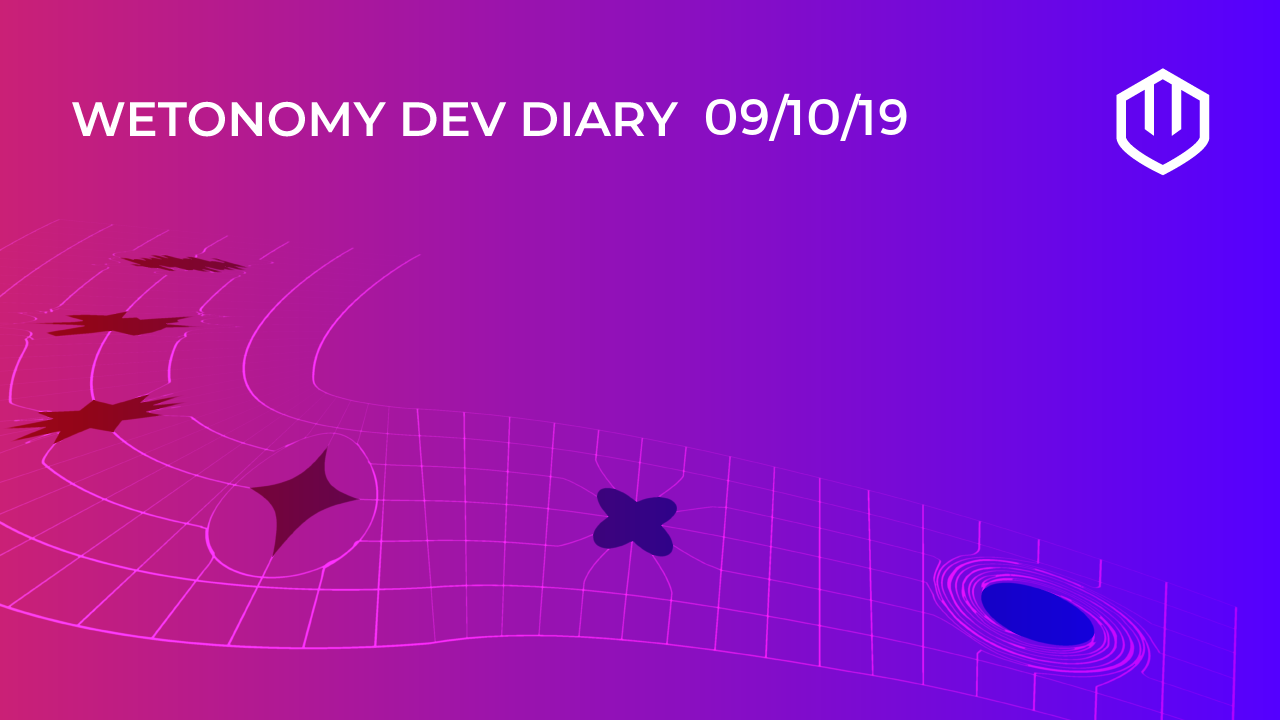 Hey again! It is about time for another biweekly Wetonomy/StrongForce update. You can check the previous one here.

Over the last two weeks, we progressed steadily towards getting a working demo of the whole system. With that being mostly done, we are currently polishing things up, and fixing all the corners we’ve cut while making the first demo.

Meanwhile, we are thinking about a bigger goal—implementing the processes here at Comrade Cooperative as a Wetonomy-powered blockchain. The first step towards that would be implementing some kind of voting as well as more advanced group management (we can already make groups using Access Control Lists, but they are a bit clunky and hard to use).

The main issues with this are being able to handle errors coming from other contracts, and getting results from those contracts. Each of those is easy to implement on its own, but getting the two working together nicely proved to be quite a challenge.

What did we change (merged and in-progress)?

Wetonomy: No changes of note, waiting for StrongForce to stabilize again before updating versions again.

Join our Discord community to stay in the loop for updates and follow us on Twitter for more interesting tidbits and discussions on DAO and the future of work!